Vote For Wales or be Anti Welsh by default

Those of us who are married, middle aged and set in our ways are the most likely to vote in political elections. At a rough guess I reckon that between parish, area, county, Assembly, British, European and referenda, I have voted about 45 out of 46 times since I was 18.

The one I missed out on was on 18 September 1997 the date on which my Mother in Law had a heart attack. My wife and I accompanied her to the hospital, and by the time we left the hospital the polling stations had closed and three definite YES FOR WALES votes were never cast.

Ever since the opponents of devolution have claimed that those who failed to vote in favour of devolution are tacitly opposed to devolution, people who couldn't be bothered!

My failure, to vote yes in 1997 could not have been further from the truth of the antis claims about those of us who failed to vote!

If you support Welsh Self Determination – vote YES if you can; because if you don't, those monsters who hate Wales will claim your vote as their own in the same way that they claimed my patriotic mother in law's heart attack as a vote in favour of their hatred of Wales!
Posted by Alwyn ap Huw at 03:54 5 comments:

Whether or not the response to Nick Clegg's offer to change the dates of the Welsh Assembly Election is childish or sensible, I find the offer totally confusing.

If fixed term is good and ad hoc bad the problem isn't solved by switching from ad hoc in Westminster to fixed and swapping from fixed to ad hoc in Cardiff Bay!

Of course the clash is only caused because Gordon Brown called an ad hoc election on the first Thursday in May, which just happened to be the fixed date of devolved elections. Wouldn't the sensible answer to the problem be for Westminster to call its first fixed term election in September/October 2014; rather than causing problems by insisting that Gordon Brown's arbitrary decision to hold an election on May 6th 2010 should define the date of Westminster elections in perpetuity?
Posted by Alwyn ap Huw at 03:37 2 comments:

Vote Yes because the Assembly listens !

There was an exceptionally important debate in the National Assembly Chamber yesterday; despite its importance it probably won't receive much media attention.

It was a debate about work based training for vulnerable children. This might not be a subject that raises the blood pressure of political activists in Wales; indeed it was so uncontroversial that it was given unanimous support by Assembly Members.

The change in government policy began with two vulnerable children voicing their frustration to the child protection charity Action for Children - Gweithredu dros Blant. Gweithredu dros Blant took up the children's issues and presented them in a petition to the Assembly. The Assembly's cross party Petitions Committee looked at the petition, took evidence from interested parties and presented that evidence to ministers; and the ministers have acted on that evidence.

This is fantastic, this is real democracy in action, and this is an example of real people changing policy in areas that affect their lives.

Historic is an overused word in politics but an occasion where vulnerable children's complaints can lead to a change in government policy is really historic!

Petitions being ignored have played a big part in the Westminster government's history. I have signed some of the Petitions to the Prime Minister on http://petitions.number10.gov.uk/ and all of them have resulted in an e-mail that says in civil service speak "p*** off"!

Petitions to the Welsh Assembly, even from vulnerable children, can change government policy!

The Government in Wales reacts to the opinions of the people of Wales in a way that Westminster doesn't!

Is there a better reason for voting YES on March 3rd?
Posted by Alwyn ap Huw at 03:26 9 comments:

Despite the best efforts of Yes for Wales and Untrue Lies there doesn't seem much enthusiasm about debating the pros and cons of moving to part four of the Government of Wales Act (2006).

There is however one question that can always guarantee to raise Welsh passions and to divide our nation into two separate camps: What is the National Game of Wales – Rugby or Football?

By being led by the Chief Executive of the WRU and by its excessive use of rugby images is Yes for Wales in danger of scoring an own goal by alienating those who would vote Football in a vote that really mattered? 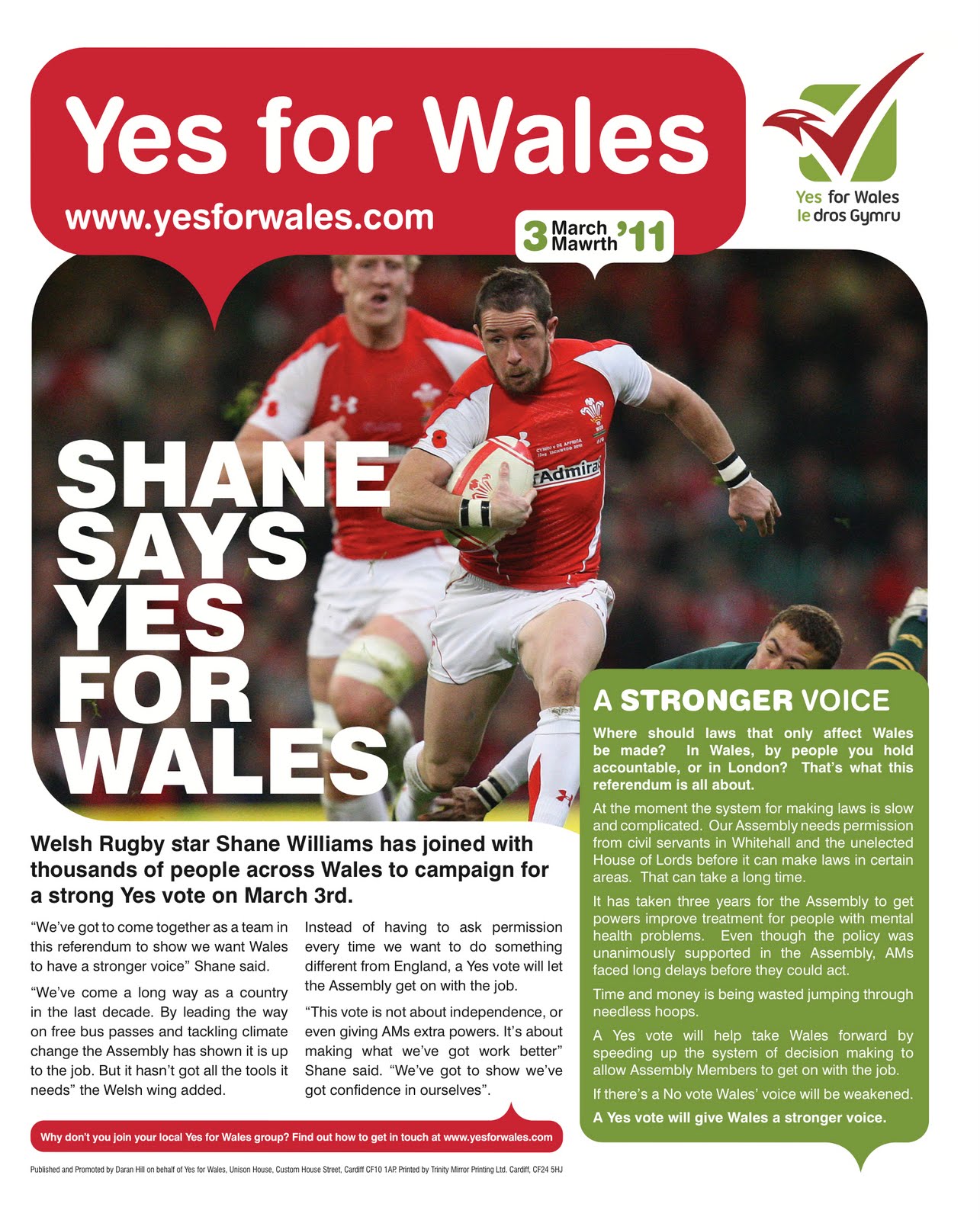 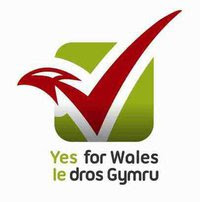