Perhaps I am a bit thick, but I have difficulty in understanding the argument that the Tories are making ad nausium against today's strike.

Apparently the unions are irresponsible for conducting a strike while negotiations are ongoing!

Isn't the time that negotiations are omgoing the best time to protest and express strength of feeling?

Wouldn't strike action, protest, complaint etc be rather redundant after negotiations ended, after coming to agreement or after a decision is made?
Posted by Alwyn ap Huw at 03:48 3 comments:

Mebyon Kernow held their Annual Conference in Bodmin last weekend here are a selection of contributions;

And a contribution from Plaid Cymru's Jonathan Edwards MP

and a speech from the SNP's Kenneth Gibson MSP

Wear Your Poppy With Shame!

It is probably an age thing!

I can understand the Welsh Political Twins antipathy towards the Poppy Symbol, but they are a lot younger than me. I was born 14 years after the end of WWII. The Cenotaphs in Dolgellau, Barmouth, Cilfynydd, Ludlow, Trawsfynydd and Minsterly don't just have names on them they have the names of real people who my parents and grandparents really grieved for, and for whom I still feel a duty of rememberance.

Armistice Day / Remembrance Sunday is an emotional day for me. My family tree is full of names of fantastic people who I would have known had they not been butchered and damned in the two world wars. So I wear a poppy in respect and remembrance of them!

But think about it! What is poppy money for?

Why do those who have served King and Country need to depend on charity for support?

Shouldn't the government that recruited them, conscripted them and deployed them pick up the tab for disabled service personnel?

The fact that I have to put a couple of quid into a charity box to buy a poppy, in order to ensure that disabled soldiers are looked after is a shameful reflection on the UK's policy of care for its war heroes!

The Poppy isn't a Symbol of Pride, it is a Symbol of Shame! Shame that a charity is doing what the government should have a moral duty to do!
Posted by Alwyn ap Huw at 06:28 11 comments:

An e-petition to the Assembly Worthy of Support:

We call upon the National Assembly for Wales to urge the Welsh government to recall all Local Development Plans across Wales and to scrap the use of population projections issued by the Statistical Directorate that are used to inflate housing numbers in local development plans.

We call for all LDPs at whatever stage of development to be halted immediately in order to bring the level of housing growth in line with genuine local needs.We the undersigned view all LDPs guided by the Welsh Government s population projections as ill thought out, fundamentally flawed and detrimental to the communities of Wales.This type of planning is not sustainable, is not needed and is not wanted by the people of Wales. In order to halt the damage that is already being done and to prevent further irreversible damage and devastation to our communities, environment and identity across Wales, we appeal to the Welsh Government to intervene immediately.
Posted by Alwyn ap Huw at 03:56 No comments:

It was with a certain amount of despair that I heard on the BBC that the Silk Commission:


What a bloody depressing cliché. They may as well have launched the Commission down The Big Pit or on a mountain farm where the farmer had been arrested for shagging his sheep – if the Millennium Stadium is their starting point, we may as well accept that the ending point will be a report full of platitudes and bereft of substance.

If the Commission had any intention of delivering a visionary way forward for Welsh governance and finance they might, at least, have launched their consultation in the memorial hall of a deprived community or in the canteen of a thriving company. Either would have shown some appreciation of the needs of Wales.

Launching in the spiritual home of the 80 minute patriot bodes ill for the value of the Silk Commission!
Posted by Alwyn ap Huw at 03:24 2 comments:

Apparently if we in Wales ate an English diet our health will improve dramatically. As I'm feeling a bit peckish now, what would you suggest as a quick snack? A Brummy sandwich, Scouser on toast or a tasty morsel of East Anglian with a nice chianti. 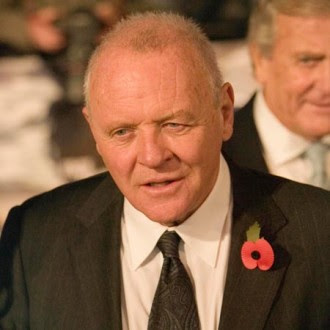 I am a Welsh nationalist. I believe that Wales should be an Independent Country. I use to be a member and a branch officer of Plaid Cymru, I have been an electoral agent for the party and I have made speeches in many of the party conferences!

I have not stopped being a supporter of Plaid Cymru, I just stopped paying my membership fees after Dafydd Wigley's statement that plaid had never ever supported Independence for Wales, some 15 years ago!

It's interesting to see Plaid Members calling out Plaid reps on the independence question now!

The one thing that stops me joining Plaid is a quote that appears often on Syniadau's blog when he calls others to order:

Decentralised socialism is an oxymoron. You can do what you want in your neighbourhood as long as it is Socialist – that isn't decentralisation! It's as stupid as saying that Wales can be independent as long as it remains British!

I was a member of Plaid when this Socialist crap came to a head, in the days of the Hydro Group. The silly thing was that on individual motions there was never a "Hydro" v "Socialist" split, both groups either supported each other, or both split amongst themselves!

I think that there is something quite pathetic in the fact that Plaid's rules exclude me from membership of the party for agreeing on social policy from a right wing Christian position with Welsh Ramblings ultra left atheist position on many areas of public policy. Surely it's the policy that counts - not the background doctrine!!!!
Posted by Alwyn ap Huw at 05:52 24 comments: