Whatever you think about the party, its policies or it's personalities, hardly anyone can disagree that the SNP is the winner of the battle to make a manifesto launch in the most stunning location.

The Edinburgh International Climbing Arena, has had millions of pounds worth of free publicity by the world's media gathering there to report on what's included in the SNP Manifesto. That makes me wonder why the Welsh parties didn't have a similar vision?

Think of the impact that Leanne could have had by publishing her policies at 100 MPH in Zip World, imagine Carwyn bouncing Labour policies in Bounce Below, or Andrew RT publishing his policies in the fitting setting of the Dinosaurs of Tan yr Ogof, or Nick Clegg launching his party's manifesto in an iconic Welsh venue that might be big enough to hold next year's LibDem conference: 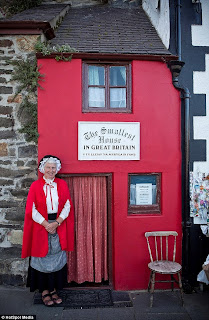 The information I gain from Social Media is biased, about 80% of the people I follow on Twitter are members / supporters of Plaid Cymru , the SNP or Mebyon Kernow. I have a bias towards family and "real" friends on Facebook but many of those are political too.

When the Daily Mail made it's disgusting slur about Ed Miliband, his father and his wider family in 2013, most of my nationalist friends / followers supported Miliband and expressed their revulsion at the way he had been unfairly treated by the extreme right wing press.

On Wednesday, when a very dodgy report about a Plaid Cymru Candidate, who is an English born and bred incomer to Wales was stigmatised for opposing BNP white flight incomers to Wales as "calling all English in Wales Nazis" Labour members and supporters jumped on the bandwagon to vilify him.

Today's very odd slur against Mr Miliband in the Daily Mail which seems to amount to an accusation that "a young man had many girlfriends – shock horror" has been almost universally condemned on my social media timelines by nationalist friends.

Labour just opposes mud thrown in it's direction but is always happy to throw it back!