What do Cardiff and Swansea FC's give to Welsh Football?

When the Ryder Cup was getting Mega Bucks from the National Assembly Government we were told that the expenditure was justified because it was more than a Game of Golf it was a worldwide advert that said "This is Wales –Come Visit, Come and Invest"

It was a load of baloney, of course. 99% of worldwide references to the Ryder cup placed it in Europe / Britain / England. The only time that Wales got a mention was when the poor weather intervened and then it was "Welsh Rain" that gave our nation negative publicity.

This makes me wonder about the "Value to Wales" of all the hype about Swansea and Cardiff being in the ENGLISH Premier League actually offering Wales, as a nation!

Far from putting Wales in the international spotlight, don't the Cardiff and Swansea teams confirm the Encyclopaedia Britannica 1771 entry of WALES: See England?

It is not so much a Nationalist issue as Parochial one, how many playing members of Man U or Man City have any local connection with Manchester? Very few, I suspect. That disassociation gets passed lower down the line until we get a failed former Blue Square player on the bench for Llandudno Junction, forcing a local lad out of the team and that Junction lad stops a Glan Conwy born and bred boy from being part of his village team.

That is not the way to spread sporting activity at grass roots level. If football in Wales is to succeed we MUST find a way to spread success up from local activity to international level, rather than continuing to "buy" failures into our village clubs on their way down!

I don't like the rugby v soccer rivalry, but I think that RGC1404's attempt to foster local talent to a regional and international level should be a lesson to the Welsh FA, because North Wales football has been too long a resting place for Accrington Stanley Non Milk Drinking, Wanabees, rather than a breeding ground for native Welsh success! 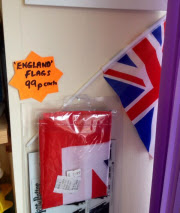 
It is interesting how often in British novels the working class boy (it is always a boy) who succeeds against the odds, usually by winning scholarships to a good school and then to Oxbridge, almost always turns out to be a secret posh kid born on the wrong side of the blanket. It's always the Earl who roggered the maid's son or the managing director who took advantage of the cleaner's boy who gets the grades and the education or the success.

Jeffrey Archer's Clifton Chronicles and Ken Follett's Century Trilogy are the latest that I have read, but it is a recurring theme, overused to the point of boredom.

But it makes one wonder if this recurring theme is really art reflecting life!

Is the Tory obsession with reintroducing Grammar Schools really based on the worry that the Comprehensive system isn't allowing their bastard children to raise above the hoi-poloi?

The crap novel reading public MUST be told!
Posted by Alwyn ap Huw at 09:41 4 comments:

The Tory Legacy of Disability Hatred

I went shopping to the Iceland / Asda site in Llandudno Junction yesterday with my severely disabled wife. All the dedicated disabled parking bays were blocked by young drivers parking across the bays rather than in them. Because of their actions I was unable to access a bay where I could open the car doors wide enough in order to help my wife into her wheelchair so that we could shop together.

I approached some of the youngsters and explained my difficulties (not in the most polite terms, I must admit) their response was that they do it all the time in order to Stop the lazy scrounging spazers from parking. I complained in both shops. Iceland sympathised but didn't think they could do anything. Asda said you can't blame them!

When Iain Duncan Smith began his investigations into barriers to work, he had no greater supporter than me. Disability isn't and should never be a barrier to work, people with some of the most severe disabilities can work and should be encouraged to do so and government, at all levels, should do their utmost to enable people who live with disabilities to work within their abilities.

But somewhere along the line the message has been distorted the disabled are to blame! If they don't work it's their own lazy fault, they deserve to be bullied and ridiculed, nothing should be done to protect them or enable them. They are just bloody scroungers and the kids blocking their parking spaces in the Junction were right to oppress them!

Guto Bebb MP, David Jones MP, Janet Finch Saunders AM, Darren Miller AM are you proud of your legacy to people who live with a disability? Or are you going to do something positive to stop the disability prejudice that your party propaganda has caused?