Lib Dems - Abiding by the will of the people?

In a comment on his blog regarding which party the Liberal Democrats might support if there is a hung parliament after the next Westminster elections Peter Black says:

Liberal Democrats have said that they will abide with the will of the British people *if* there should be a hung Parliament, in deciding what our role in it will be

This strikes me as an odd, new management speak, gobbledygook phrase, which sounds good but means nothing!

The term abide is an odd one for a party with Democrat in its name to use. Abide means to live with in the sense of put up with something unpleasant or to accept through gritted teeth. For the Liberal Democrats to say that they will abide with the will of the British people is akin to them saying that they will look at the election result as one of the people have spoken – the bastards!

Would a hung parliament mean that the people have rejected the outgoing Labour Government or that they have refused to endorse a change to a Conservative Government?

Perhaps the best interpretation of the Liberal Democrats wily words is we don't know - depends what we are offered after the event; not a good election slogan, perhaps, but at least an honest one, and one which is more straight forward than a sound bite that means that they can spin their choice, either way, as the cast iron guarantee given before the event.
Posted by Alwyn ap Huw at 01:15 5 comments: 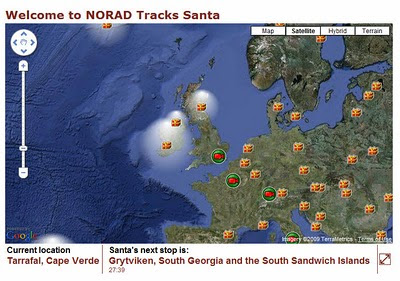 Season's greetings to you all.
Posted by Alwyn ap Huw at 03:55 9 comments: